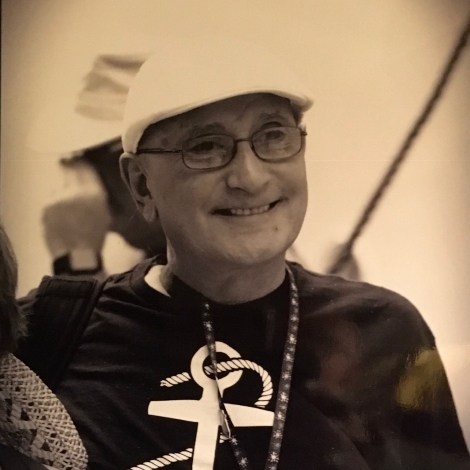 I was diagnosed with chronic lymphocytic leukemia (CLL) in December 2004 during a routine physical. Over the next five years I had periodic blood tests and met with my oncologist, Dr. Symes at the Regional Cancer Center (RCC) in Erie PA discussing the disease's progression, treatment options and when to begin treatment, including but never have done a bone marrow biopsy. This continued until Dec 2009 when my white count reached 143M. Also, a CAT scan revealed that I had a swollen spleen.

At my next apt on Jan.12, 2010 Dr.Symes said it was time to begin chemo treatment using two drugs Fludarbin 1st and Rituxan along with Fludarbin. When I went in for my 1st treatment on Monday morning Jan. 25, 2010 the nurse took a blood sample to check my white count which had dropped to 98 before any chemo ”Praise God." I continued to have chemo through the week.

On Feb. 22nd I began my second week of chemo beginning with the more aggressive chemo drug Rituxan along with the Fludarbin. I had some side effects during this treatment, unlike the first treatment. During my January and February Chemo treatments I learned a whole new meaning to trusting God for the outcome; different from other difficulties I had experienced in my life.

On March 5th my white count was 3M and Dr. Symes suggested discontinuing the remaining treatments saying I had responded better than most people do with Chemo. I remember thinking God responded to me. After my white count remained in the normal range (10.5 on 6/23/10) with only a slight rise in May 2010 due to a mild case of shingles possibly caused by the cancer or Chemo treatment itself.

At first I had doubts then questioning “why me?” In November and December of 2012 I again went through chemo and again into remission with similar results as in 2010. I remain in remission today taking Imbruvica, an oral medication now for two years with all my labs normal for the past year as I continue with regular blood tests and meeting with Dr. Symes and his staff periodically. It's been 14+ years since being diagnosed and knowing the cancer can come back is constantly in the back my mind. I'm hoping and praying for a cure soon for all cancers.