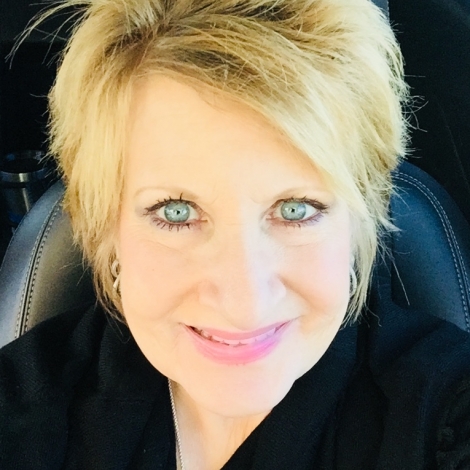 I will forever remember August 2008, when I was diagnosed with non-Hodgkin lymphoma (NHL). I felt terrible one day at work, so my coworkers had insisted that I be seen, and sent me to the hospital. I was sitting in the ER in shock. Cancer? Lymphoma? I needed all the information on my condition, and I needed it now.

I was told there were many types of NHL, and that some were easier to treat than others. My hope was to be one of those easier to treat patients. However, my oncologist, and new best friend, called me two days later to tell me, I had a tough case to treat. That I had something called Mantle cell NHL. I was told it was pretty rare, making up only 2% of all lymphomas. It usually affected males over the age of 65. Well, I am female, and at the time of diagnosis I was 49. I never do anything the easy way.

After reading up on this disease, I was very scared. Not a very promising prognosis. After a barrage of testing, it was determined that I was stage 4. So, I began chemo (R-CHOP). The chemo was pretty rough on my body. Hair loss, nausea, vomiting, weight loss, and fatigue became my constant companions.

My support system was tremendous. We all dug in for a fight, and after 8 rounds of chemo I was in remission. That was when my doctor sat down with my husband and I to discuss stem cell transplantation (SCT. He felt that I would most likely relapse if I didn’t have a transplant done. I was going to fight, and if this was my best weapon, I was going to go for it.

My brother was a match and in April, 2009 I was given a second chance at life with my allogeneic stem cell transplant. Since the transplant, the road has not been smooth and easy. I have had to receive two donor lymphocyte infusions from my brother since my SCT. I have had many infections, tested positive for H1N1, had several bouts with pneumonia, and several surgeries.

My “new normal” was an adjustment for me. When people ask what I mean by new normal my answer is, “I am a Cadillac and my motor blew up. They replaced my motor with one from a Volkswagen. It works, but occasionally it breaks down, and has hiccups along the way.” People without this experience say this has helped them to understand a bit better.

To this day, my WBC count remains low, and I have a platelet count that is also below normal. I tend to get infections easily. I was recently hospitalized due to respiratory syncytial virus, better known as, pneumonia. I was employed as a nurse, however I don’t work anymore, because a hospital environment isn’t something I want to be exposed to.

Would I do it all again? You bet I would. Because I’m still here! The diagnosis of Mantle Cell NHL scared my whole family because it often had poor outcomes. Well, cancer picked on the wrong lady. In 4 short days I celebrate my 10th transplant birthday! What a milestone! Thanks to all of the research and new therapies we are living longer. Never give up!