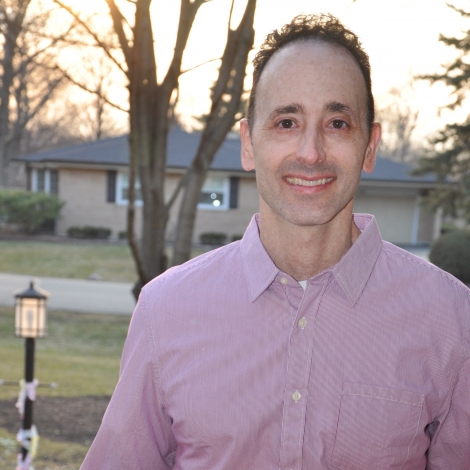 In September, 2012, Dr. Matthew Levine noticed that his regular exercise routine and rotations in the ER were more physically draining than usual. When Dr. Levine realized he could no longer run a mile like he used to with ease, he contacted his physician.

In the interim, Dr. Levine began developing bruises on his body and a throat infection. He knew that after the testing, the diagnosis would not be good. On Monday, September 17, 2012. Dr. Levine learned he had acute myeloid leukemia (AML).

"I appreciated being able to fully understand what I had and what was recommended. Being a physician also made it easy for me to advocate for myself. I have learned that all patients must be able to do this for themselves," he said.

Dr. Levine underwent the routine four to six weeks of treatment and a stem cell transplant, which kept him out of work for more than a year. Dr. Levine is now in remission and back in the ER. Although he has some physical side effects from his treatment, he has concluded that it is his "new normal."

"I do not want to sugarcoat this experience. With that being said you make the best of it, and there are positives that have come out of it. One has been a newfound commitment to philanthropy. Another positive, and the one that has touched me most, is the exposure I have had to tremendous amounts of human kindness," he said.