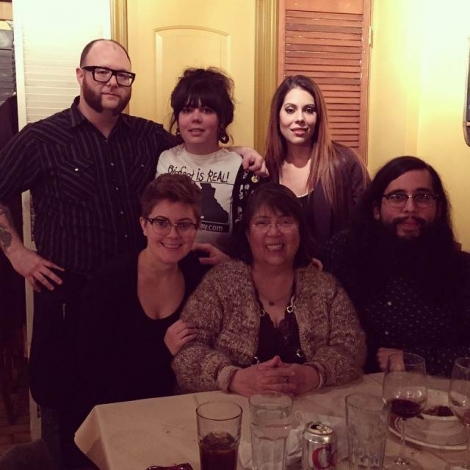 By the end of November 2008, I started feeling an overwhelming fatigue. I developed a fever and my physician sent me urgently to the emergency room. There I was found to be depleted of blood and needed a transfusion. It seemed so unreal.

After a couple of days and a bone marrow biopsy, I was diagnosed with acute myeloid leukemia (AML). I learned that if I had not sought help in the ER, I could had died.

Shortly before Christmas, I began the first of many rounds of aggressive chemotherapy at the MD Anderson Cancer Center. I was in isolation for almost two months, and the cancer went into remission. After many health problems, innumerable blood and platelet transfusions, serious infections, etc., I was recovered sufficiently to return home and eventually to return to full-time employment as a technical translator.

Punctually, right after exactly three years, on November 2011, the disease came back. This time my only chance of survival was to undergo a bone marrow transplant. I went back to MD Anderson and started two cycles of chemotherapy. Once in remission I could receive the bone marrow donated by my daughter Mariana. Although it was not a 100 percent compatible match, it was my best chance of survival. On January 13, 2012, I underwent a bone marrow transplant.

Predictably, I had multiple post-transplant complications, including rejection by my body of Mariana’s bone marrow. I also suffered countless infections, a significant virus hemorrhagic cystitis, an atonic colon, and a seizure that sent me back to the hospital.

Life in the last two years has been very much like riding a roller coaster blindfolded. I have had periods of several weeks when I feel pretty good and enjoy visits from my friends and my children and my grandchildren, and just watching the trees from my mini-patio. Then, with little warning and for no apparent reason my body plays me false.  After 55 years of a very healthy and happy life, the onset and diagnosis diagnosis of cancer changed my life completely. There have been times when I had gotten tired of fighting and sick of being sick. That is when I learned how powerful the love of family and friends could be. Today I do not take a single moment of my life for granted, and I am immensely grateful for having a second chance.