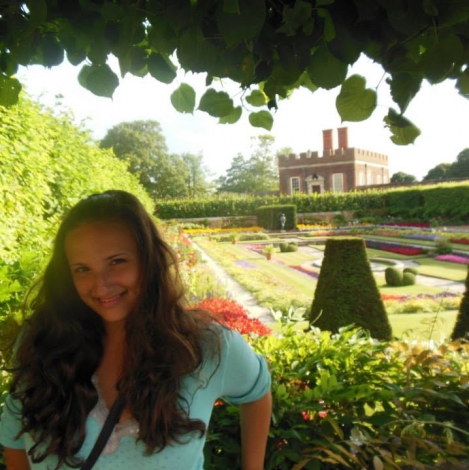 As a new graduate with a master’s degree in psychology, I, among many others, am applying to jobs out in the 'real world.' Recently, one of the job applications asked me to describe myself in three words. My answer consisted of adjectives such as determined, capable and diligent. The one word that best describes me though is one I did not say, and that is survivor.

At age 20, I was diagnosed with Hodgkin lymphoma, Stage 2A. This is a type of blood cancer of the lymphatic system. A month before I was diagnosed, my acceptance letter to my dream school, UNC Chapel Hill, came in the mail. I would not let cancer take this away from me.

One week after my chemotherapy was completed I moved into my college dorm. No one knew what I had just been through. I walked around with a baseball cap covering a brown wig that closely resembled my real hair. I was exhausted and in shock. I remember the time my wig fell into the toilet as I was getting ready for class one morning. I thought it was the funniest thing I had ever seen. I really tried to use humor and positive thinking in order to deal with everything that was happening at the time. The doctors at Duke University told me I was not in remission yet and had to get radiation treatment as well.

Every morning for a month, I would get up at 4 a.m., take a bus to the hospital and arrive back to campus by my morning classes. I never missed a single class. Soon after, I entered into remission, but fell into a deep depression. I did not know who I was anymore

I contacted The Leukemia & Lymphoma Society after graduation to see what I could do to give back. I was able to do such wonderful things like coordinate a spa day for teen cancer patients/survivors, give a speech as a patient hero to elementary schools, and go to Albany to advocate for health bills to senators. I was able to heal because of those few years working with LLS and view my cancer diagnosis as something powerful instead of weak. I chose to go after all the things I wanted to do because life no longer filled me with fear.

I began to travel the world. I rode a camel in Israel, I hiked a volcano in Italy, danced on stage with a flamenco dancer in Barcelona and stood underneath the twinkling lights of the Eiffel Tower. I wanted to have a proactive role in change and helped create the Look Different campaign for MTV as an intern. I also became a public speaker, which I never thought I would do!

Cancer was the best gift I could receive in my life because it showed me there is nothing to fear but fear itself. I am and will always be a survivor.