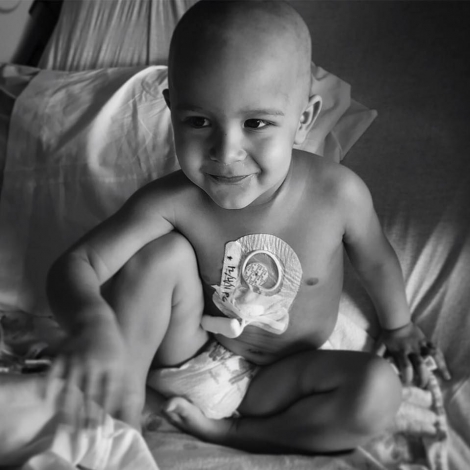 In April 2015, Liam was diagnosed with acute myeloid leukemia (AML) when he was just one-and-a-half years old. After living in the hospital for four months of intensive treatment, Liam went into remission in July 2015!

He got back to an active life and was enjoying being a normal kid. He had the honor of being LLS’s 2016 Honored Hero. He and his mother attended many LLS events to share his story. Liam was set to kick off the Light The Night walk but unfortunately, Liam relapsed right before the event and had to endure more chemo.

Unable to find a complete match, his mother was chosen as his donor and she was honored and confident that she would be the one to give him life a second time around. Two days before his third birthday, he was admitted to UCSF for a bone marrow transplant.

Throughout the transplant process, Liam's strong will again shined and he was out of the hospital and home on isolation much sooner than expected. Fast forward six months later, Liam is off of isolation, down to two hospital visits a month and taking just a few medications.

Liam is the epitome of hope, bravery, and love. His favorite activities include art, soccer, dancing, singing and trains. Liam is now LLS’s 2017 Light The Night Honored Hero again.