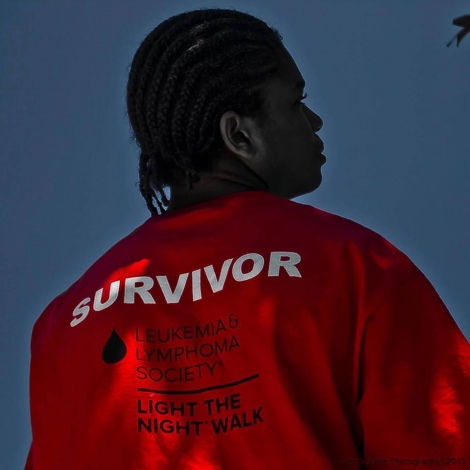 On June 11, my son Jorel Cunningham was diagnosed with stage three diffuse large B cell lymphona, primary lesion of the bone, after 5 biopsies. Here is his story:

In February of 2011, seven days after his 13 birthday, he slipped and fell on a patch of ice, and we thought he had broken his leg. The swelling he had was actually from a large tumor in his left distal femur.

After aggressive treatment and numerous surgeries at Montefiore Children Hospital, he was in remission by October. He has been in remission for five years as of October 2016.

Jorel has still managed to finish school on time, and with distinctions and honors, he graduated in the class of 2016. He was a member of the National Honor Society, and recognized by the NYC chancellor, Ms Farina, with the Chancellors Award for "remarkable achievement".

Jorel volunteers at Sunrise Day Camp in the summer, and every year that he is not recovering from surgeries, he has walked LLS's Light The Night Walk. He also reaches out to other teens to help them navigate the confusing and upsetting time initial diagnosis. In addition, he is now a freshman at University of Buffalo, and has been FIVE YEARS CANCER FREE!!

My young man is my hero, he has risen above cancer, multiple surgeries, bullying, depression, survivors guilt and watched his close friends die. He has matured and grown to become a leader among his peers. I am so proud of him, and I want the world to know his amazing story.