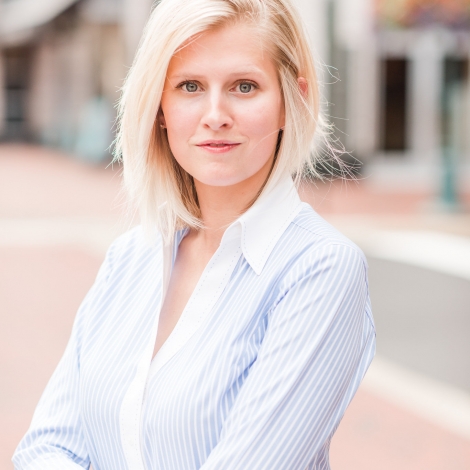 I was diagnosed with lymphoma in January and it has been an uncertain journey since then. I’m still unsure of what lymphoma means to me. Because I haven’t been able to answer this question, I have been reticent to share my diagnosis with others. Am I a cancer “victim?” Does cancer define me? Should I be advocating for Lymphoma care and awareness this September? I’m far from the first person to grapple with a cancer diagnosis, but this month I am compelled to finally share my Lymphoma diagnosis.

I want to claim my own story, before cancer does. My three-year-old daughter fell asleep on a long car ride home – from where I can’t remember. As soon as I saw her eyes closed in the rear view mirror I switched off Disney Radio and scrolled through the talk radio stations, finally landing on Doctor Radio. On that particular day, the doctors were discussing lymphoma rashes – persistent, unexplained and egregious rashes. “Ughhh,” I thought. I really should see another doctor to check on the unusual patches of skin on my abdomen. While it was nothing like what these doctors were describing it was a good reminder of how serious skin conditions can become.

At my next dermatologist visit, I brought the patches up again with my dermatologist. I explained that I had them since I was a teenager and they had remained relatively unchanged for a decade. Other than occasional itching, they were only a cosmetic nuisance. My dermatologist took a closer look. He suspected it was Morphea, a rare skin condition that brings on discolored patches of skin. “I’m just going to biopsy it to be sure,” he said. At least this was a new explanation.

A dozen doctors, including dermatologists and oncologists, had examined the patches over the past 10 years, speculating that it was everything from a scar to eczema or mild psoriasis. He called me back to his office about a week later and said he needed to repeat the biopsy. The skin tissue was not positive for Morphea, but some of the cells raised a red flag. He explained there was a remote possibility that it was a kind of rare skin cancer, “but not like any skin cancer you’ve ever heard of before.” What kind of skin cancer? Mycosis Fungoides, a form of cancer that accounts for less than 2% of non-Hodgkin lymphomas. How rare? There are only about 2,000 new cases diagnosed a year in the US, and most of them are in older males.

I am a 29-year-old female. I got the results of the second biopsy on January 5, 2019. The doctor called as my husband and I were parking outside of our favorite Italian restaurant for a date night. To my family and doctors’ disbelief, my seemingly benign skin patches were cancerous lesions, a presentation of Cutaneous T-Cell Lymphoma (CTCL). That was the beginning of my lymphoma story – the first pages of the first chapter. So much has happened since then, but it is still hard to share, even months later. I don’t what happens next in this story. But Lymphoma Awareness Month I want to share my diagnosis and my story on my terms – not cancer’s terms.