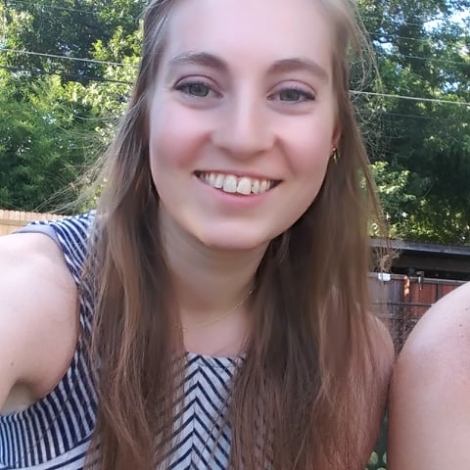 Summer 2019 I was feeling great and cancer was the last thing on my mind. I had just run a half marathon and was planning to do a few more destination races. Shortly after the half marathon, I started getting awful knee pain. It was excruciating but I never thought much of it, assuming it was just an injury. After making an appointment at a sports medicine facility an MRI revealed there was a good size tumor in my left knee. This doctor told me it is most likely a giant cell tumor which is benign. From there he referred me to an orthopedic specialist down in Boston. Now, in mid-July, dealing with knee pain that brought me to tears but I still didn't think it was cancer. But there was nothing I could do until my appointment with the orthopedic specialist until August.

The appointment came, I went by myself. At that time I was told this is not a giant cell tumor but possibly a few things, one of which could be lymphoma. That week I had a needle biopsy of my left knee. Three and a half weeks went by before I found out the results. During that time I knew there was a chance it could be cancer but didn't dwell on it. It was just frustrating because I felt like my entire summer had been put on hold trying to figure this out. The follow up appointment came, at this point my mom was with me. We were told the news that no one wants to hear, "this is lymphoma." At this point I was told primary bone lymphoma (which is really rare). A PET scan was scheduled for the following Monday and that's the day I met my oncologists.

I guess I'm lucky how things just fell into place. I wasn't the one who had to seek out doctors or schedule anything. I had a repeat biopsy done to confirm and the official diagnoses was diffuse large b cell lymphoma. It wasn't until a few weeks later I was told it was stage 4. That was like a punch in the gut. Everything was a learning curve. I live by myself in Newmarket, New Hampshire. My family is in Bristol, Vermont and my treatment was in Boston, Massachusetts. Trying to figure out the schedule of treatments and when my mom would stay with me was something we eventually figured out. I didn't want to have to move home but I didn't want my mom to have to move in with me full time either. It was a lot of back and forth and a lot of driving. Treatments started and I was still so in denial that I really did have cancer. I did not want to believe that I would lose all my hair. To anyone who says it's just hair, it will grow back... yes it is and it will but that doesn't make it suck any less. Trust me if I didn't have to shave my head I never would.

Treatment alone was the easy part. All I had to do was lay there. I feel like I was in such a fog anyway. “chemo-brain” is too real. I sometimes have to remind myself of things that happened. The side effects really do suck but at times I had to remind myself that people live with cancer. One of the odd things about being diagnosed at 24 years old is that I felt at that awkward age where I'm not a child with cancer, or an adult with a family, or someone who is older and retired. I felt overlooked. Here I am just trying to figure out my path in life and my life was put on hold. Everyone around me was still living and I was standing still. I wish someone told me in the beginning that chemotherapy is a full time job and it may feel you are doing nothing but your body is fighting. I knew that I would be okay, I knew I would get through this. But by no means did I want to.

I spent a great deal crying about life. I went through 9 rounds of chemotherapy. Receiving treatment is the easy part, I just had to lay there. No one prepared me for life after cancer. You think you are finally free but I am very much still in it. Trying to get back to a normal life after cancer is way harder than I imagined. Once finished treatment I had to emotionally process all that I had been through. People say cancer changes you. I cannot say I look at life in a different way now. I will always be someone who had Stage 4 DLBCL. But I beat it.