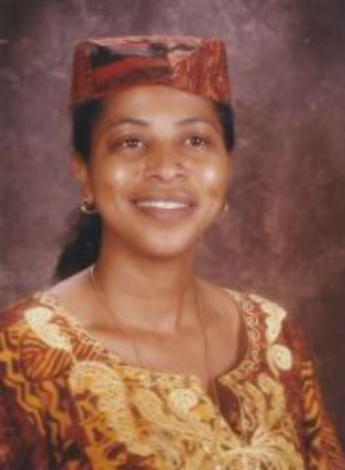 In October 2011, while at work, I fell after attempting to sit on a chair, and I went to the emergency for x-rays. As soon as the technician began the process, he entered the room to ask if I had scoliosis. I replied, "no" and he proceeded with the exam.

As the year progressed, so did the pain in my back. For the next two years, I continued to suffer with unexplainable, excruciating back pain, which none of my attending physicians could find a cause for or give a name to. One in particular, told me that I needed to have my head examined, because there was nothing wrong with my back. In September 2013 at the age of 52, I was diagnosed with multiple myeloma.

Unbeknownst to me, I was suffering with several bone fractures in my back. At the time of my diagnosis, 85% of my blood cells were contaminated. After a two-week stay in the hospital, I began biweekly doses of chemotherapy, along with daily servings of herbal tea and a change in my diet. By January 2014, only 15% of my blood cells were contaminated. In February 2014, I underwent an autologous bone marrow transplant.

Since I could not walk without sending waves of pain throughout my body, I was forced into early retirement. One of my greatest fears was having to go without health insurance and being denied medical treatment. Hats off to LLS for awarding me a yearly grant which has afforded me the grand opportunity of retaining my health insurance. Mere words are not enough to show my deep and sincere appreciation. May God Bless You All.