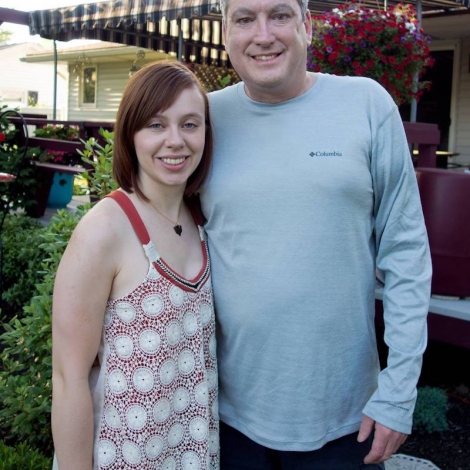 "He was the king of positivity" is what Dr. McCarthy at Roswell Park said to me the day after my Dad passed away from complications of GVHD or graft-versus-host disease. My Dad was a leader, someone who was always willing to help others, and always had a smile on his face. Not only was I his co-caregiver throughout his cancer journey, but he was also my caregiver during mine.

In 1995 when I was three and a half years old, I was diagnosed with acute lymphoblastic leukemia. My childhood ended up being much different than many other children my age. It was at this point my family and I were introduced to The Leukemia & Lymphoma Society (LLS). Throughout my cancer journey, LLS was a huge support. I remember countless people running for me in the Team In Training marathons. I remember taking part in my very first Light The Night Walk. I even remember my Dad doing the annual Jello Splash in Buffalo in my honor. He was also on the local committee for the LLS.

Luckily, after 22 months of treatment, I was announced as in remission when I was just shy of turning six. Flash forward to July of 2014 when we received unbelievable news. My Dad was diagnosed with acute myeloid leukemia. Never in a million years would we think that we would have to deal with leukemia again. My Dad started intense treatment shortly thereafter and I found myself in the same shoes he was once in so long ago. It was odd that our roles were now reversed. My Dad had taken such great care of me, along with my mom, when I was going through treatment. It was now time for me to return the favor. Throughout Dad's cancer journey, he had one huge wish. My Dad, a firefighter for over 30 years, wanted to wear a different fire company t-shirt every day to help get him through his treatment. A nurse and fellow firefighter heard his wish and quickly spread the news. Next thing you know, Dad's story got featured on numerous news outlets and t-shirts were coming in by the hundreds. By the time t-shirt deliveries were winding down, we were well over 3,500!

Dad received a 10/10 match and had his bone marrow transplant on October 1, 2014. Without the donor and the transplant, doctors knew his leukemia would most likely come back. He was quite proud of his new bone marrow, having come from a young Polish girl, as he would enthusiastically celebrate Dyngus Day. All was well at first, until he slowly started to experience GVHD symptoms. For the next two and a half years, he dealt with lung issues, heart issues, gut issues, and more.

In 2016, our local LLS chapter named my Dad, myself, and another wonderful lady as the Light The Night Walk Honored Heroes. My Dad and I spoke at the walk's kick-off luncheon, filmed our local commercial, and even spoke on a few radio stations. We were grateful to share our father daughter story of battling cancer, and we hoped to inspire others to help out the LLS. Although my Dad and I were close to begin with, going through his treatments and journey formed a bond that could never be broken.

Unfortunately in February of 2017, my Dad peacefully passed away. He was admitted into Roswell Park for his second ICU stay within five months. His body had grown weak from chronic GVHD and needed to rest. No matter how hard things had gotten between his first ICU stay and his last, his positive attitude never faded. When he was admitted for the last time and his doctor asked if he had any questions, he just said "Let's just get me to walk out of here." Even though Dad has passed, his story lives on through my own.

In 2017, I started the team "Dave's Minions" to walk in our local Light The Night Walk every year. My Dad's cousin participates in his local LLS Big Climb every year to honor us both. We also just got done with a large benefit in honor of my Aunt Pat, who is in treatment for multiple myeloma. We are all still in a fight for the rest of our lives to make sure that no one else ever has to go through what we went through. I keep sharing my story and my Dad's story in hopes of not only raising awareness, but also reminding people that they are so strong. We have so many people still supporting us, volunteering at events, and donating because we all still are striving towards one common goal, which is making someday today. 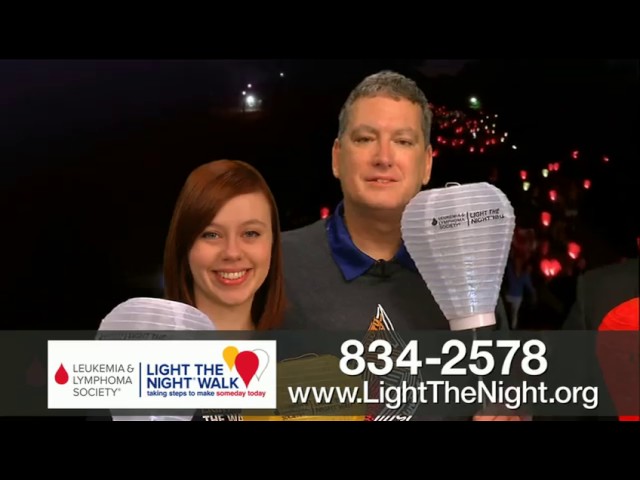