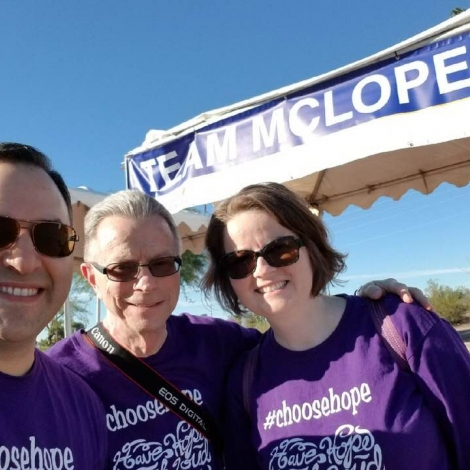 My story with leukemia began in July 2016 when I was diagnosed with chronic myeloid leukemia (CML). It was four months and 13 days after my wedding to my husband Eddie, and one month to the day after our vow renewal ceremony. What we didn’t realize at the time was that my body had likely been fighting for months. I thought my exhaustion was from wedding planning and running my writing business.

Upon returning from our trip, I visited my naturopathic doctor for an unrelated reason. I mentioned that in April, my blood was tested by another doctor. The test results came back with elevated white counts. My naturopath suggested we re-test just to make sure my counts were healthy. Two days later, I got the call to come to the office and bring a friend.

We reviewed the blood work and were referred to a hematologist. Within a week we had a diagnosis. In August 2017 I started taking Gleevec, the miracle drug that controls CML. We later learned that the research and development of this drug was funded in part by The Leukemia and Lymphoma Society (LLS). Just days after my diagnosis, I signed up a team, Team McLopez, for Light The Night® (LTN) - Phoenix. Soon after, I was contacted by the Phoenix office. Their LTN staffers were willing to drive to the other side of town just to meet me and talk about how LLS could benefit me, my family, community, and Team McLopez.

Our initial goal was to have 10 walkers raise $1,000. However, we quickly exceeded that goal, and by the end of August, at the official LTN kickoff, we had 20+ walkers already registered and had raised just over $3,000. We were told that we could earn our own team tent by raising $10,000. This motivated us to continue fundraising! Thanks to tremendous support from our loved ones, Team McLopez had 40+ walkers from 6 different states and had raised $12,000. Not only had we earned the tent, we became the #1 Friends and Family Team for the 2016 Light the Night - Phoenix. Since 2016, Team McLopez has raised more than $36,000 for LLS.

In addition to having a team for the 2019 event, I am also working with lawmakers on behalf of patients like myself, to advocate for lower pharmaceutical pricing for all.

UPDATE: At the time of my diagnosis in July, 2016, my leukemic cell count (BCR-ABL) was 86%. As of April, 2019 my leukemia is undetectable. People often ask how long I have to take the chemo pill and my response is simple, “I continue to take Gleevec everyday until there is a cure.” Then I tell them about LLS research and Team McLopez. My husband Eddie and I know that our fundraising efforts could be funding the cure for CML and other blood cancers, which is why we’re involved with the LLS Arizona Chapter. 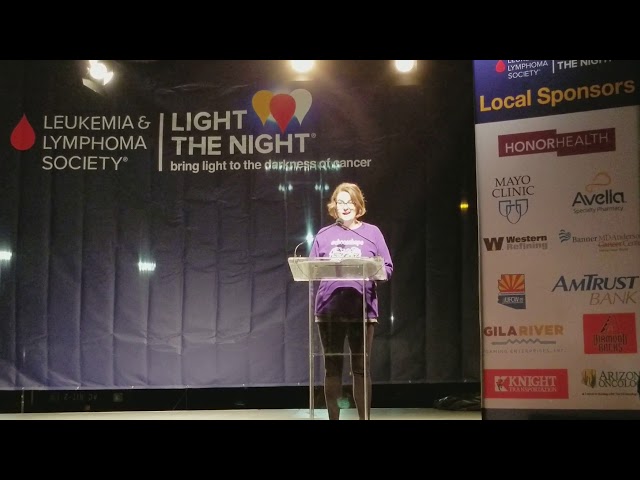