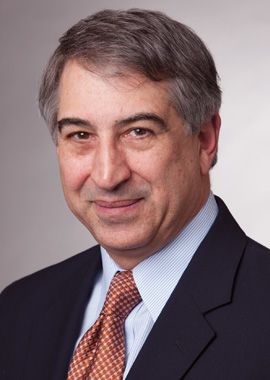 The Leukemia & Lymphoma Society (LLS) firmly opposes the Administration’s proposed budget, which reduces the funding for the National Institutes of Health (NIH) by $5.8 billion. These cuts risk derailing decades of advancement in the diagnosis, understanding and treatment of deadly blood cancers. LLS is calling upon members of Congress to reject these proposed cuts and increase funding for the NIH in future appropriations bills.

LLS’s goal is a world without blood cancers. We have made significant progress but there are still 1.2 million people in the United States living with, or in remission from, a blood cancer and more than a third of blood cancer patients still do not survive five years after their diagnosis.

We are closer than ever to truly understanding the biology of cancer, and once unimaginable, new breakthrough treatments and more precisely targeted therapies are being developed and approved.

NIH is a world-renowned leader in scientific discovery. While the Budget Blueprint is not clear as to how cuts will be applied, if they are allocated proportionally across NIH, they represent a nearly $1 billion cut to the National Cancer Institute (NCI), which will devastate the landscape of cancer research. These proposed cuts threaten to slow the progress that has been made to date, and stall the incredible advancements that have been made in cancer treatment. The impact is likely to go well beyond an immediate slowdown in research, since it will reduce the workforce of new scientists embarking on research careers – these are the people who will make the breakthroughs in the decades to come. Most critical for patients, the promise of precision medicine and targeted therapies will be delayed for many, many years.

As an organization that has funded more than $1 billion in cancer research, LLS knows firsthand the importance of funding research, and understands that the effects of these budget cuts will be widespread and much broader than just blood cancer. The reach of NIH funding extends far beyond Washington D.C., as the vast majority of NIH’s funding supports research at universities, academic centers and medical centers around the U.S.

The importance of this work cannot be overstated, as it has led to some of the most important advancements in cancer care. For example, the discovery of imatinib, a revolutionary cancer drug used in the treatment of chronic myeloid leukemia (CML), which was approved by the Food and Drug Administration (FDA) in 2001, was supported with LLS funding, but was also funded in large part by an NCI grant. The underpinnings of this work, which won the 1989 Nobel Prize, grew out of a general understanding of the cellular machinery governing cancer cell growth. Today, nearly 90 percent of patients treated with imatinib in a clinical trial setting are alive five years after diagnosis, compared to the years prior to the approval of imatinib, when less than one in three patients with CML survived five years after diagnosis. This would not have happened without NCI’s continual support of this work and underscores that a sustained investment in research is vitally important so tomorrow’s new therapies can be achieved.

LLS supported the passage of the 21st Century Cures Act, which was passed by Congress with strong support from the patient community. This bipartisan, bicameral bill committed nearly $5 billion in additional funding for NIH over the next 10 years, funding that is critical to sustain the current momentum to advance our understanding of the treatment of cancer, including blood cancers. By contrast, the impact of the proposed budget cuts would have a devastating and long-term impact on cancer research.

We are seeing remarkable progress in advancing treatments for cancer but our work is not done. LLS urges Congress continue to support funding of NIH and the critical investment in lifesaving research.