Staying One Step Ahead of Myeloma – and Counting on New Research

Myeloma is a beast.  It is a complicated cancer with no cure and, with so many different types, no two patients are the same.  Drugs can put it into remission, but it almost always comes back.  And when it does, it’s a little more aggressive and needs to be attacked in a different way. 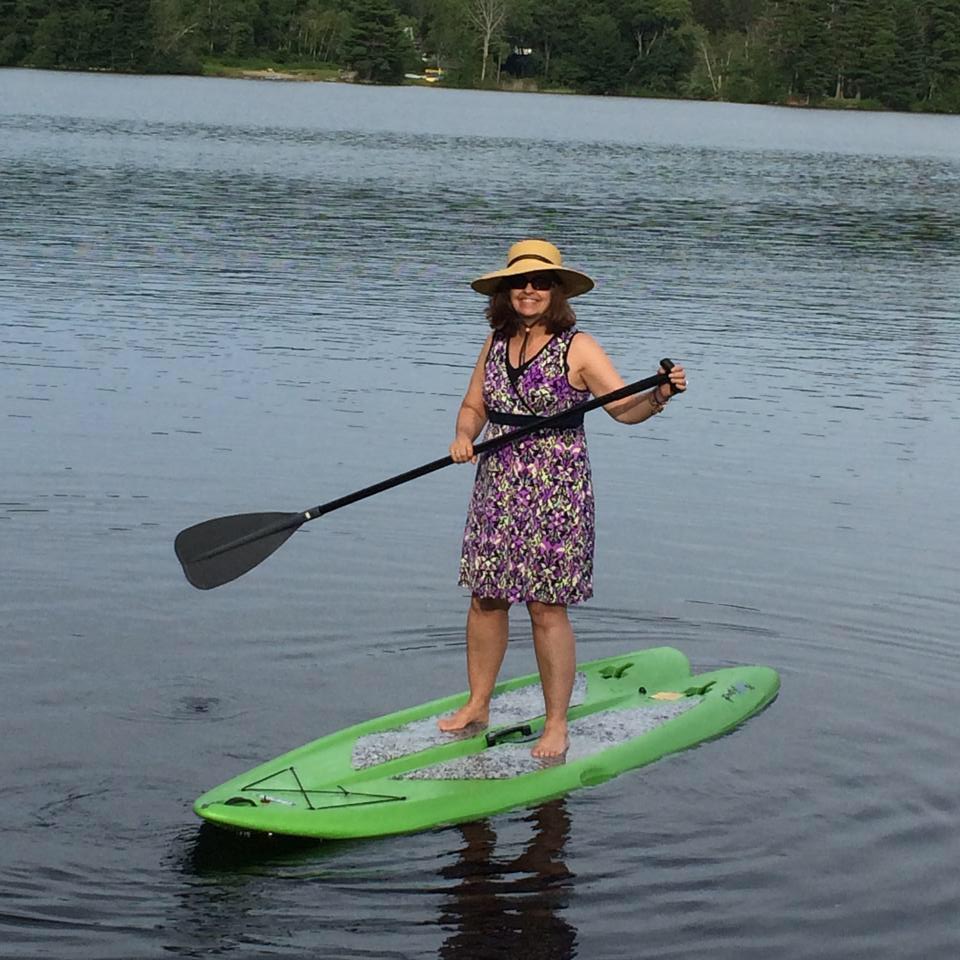 This is knowledge I’ve been living with for four years now and I’m doing everything I can to stay one step ahead of my disease.

Believing there was a cure down the line, I opted for a clinical trial to improve on the standard treatment I was offered. And now that I’ve recently relapsed, I’m pinning my hopes on immunotherapy while planning ahead for a stem cell transplant.

I try to take things day by day, although of course that can be difficult at times. Life is busy, with a husband and three teenagers, working full time in a job that I love, and managing an illness is very time consuming. I am blessed to have an amazing family and friend support system.

In early 2012, after my yearly physical, my doctor told me that my white blood cell count was low. Nothing to worry about, she assured me, but be sure to get it rechecked.  After two more blood tests with similar results, she referred me to a hematologist.

But I was the busy mom of three young boys, at that point twins who were 11 and a 9 year old. I volunteered at their school, I worked full time, and my mother was very sick, in and out of the hospital, and I really didn't have time for another doctor.

Sadly, it wasn't until my mother passed away, and I took a bereavement week off from work, that I started to take care of myself.  I met with the hematologist, and while he was drawing the vials of blood I was telling him about the excruciating back pain I was experiencing, and how my ribs ached so much. I had them x-rayed but they weren’t broken.  I also told him that my father died of myelodysplastic syndrome, a blood cancer.  What I didn’t know at the time is that all of these symptoms were pointing to one diagnosis: myeloma. 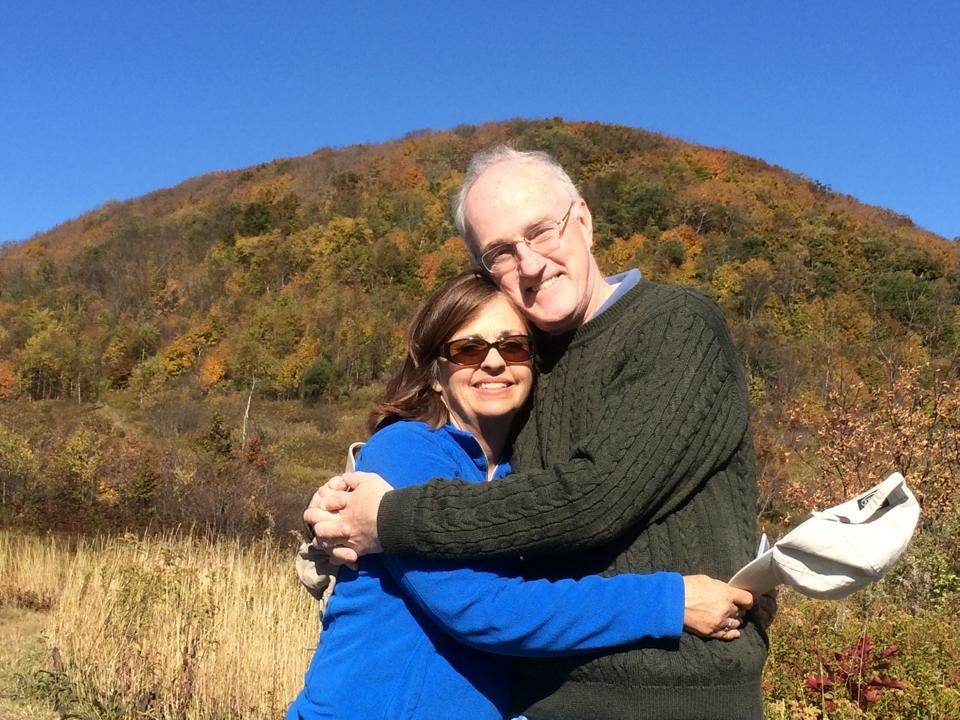 Upon diagnosis I went into a clinical trial that put me into a stringent complete response, sometimes referred to as remission, after 12 months. The trial was the "CAR-BIRD" at Weill-Cornell Myeloma Center, with Dr. Ruben Niesvizky: Carfilzomib, Revlimid and Dexamethasone for newly diagnosed patients, followed by Revlimid, Biaxin and Dexamethasone.  I was determined to get into a trial from the start, knowing standard treatment would not lead to a cure and that there were new drugs in the pipeline.

Thinking about the future

In 2013 I had 8 million stem cells harvested, ready for the day when I may need to have a stem cell transplant.  I took maintenance medicine each day for the past three years to keep beastly cancer at bay.  And, in 2014, I joined The Leukemia & Lymphoma Society’s (LLS) Team In Training, crossing the finish line of five half marathons and raising money to help fund more research.  Last year, my team of 22, “Soar for a Cure,” raised more than $65,000. Now that was success! 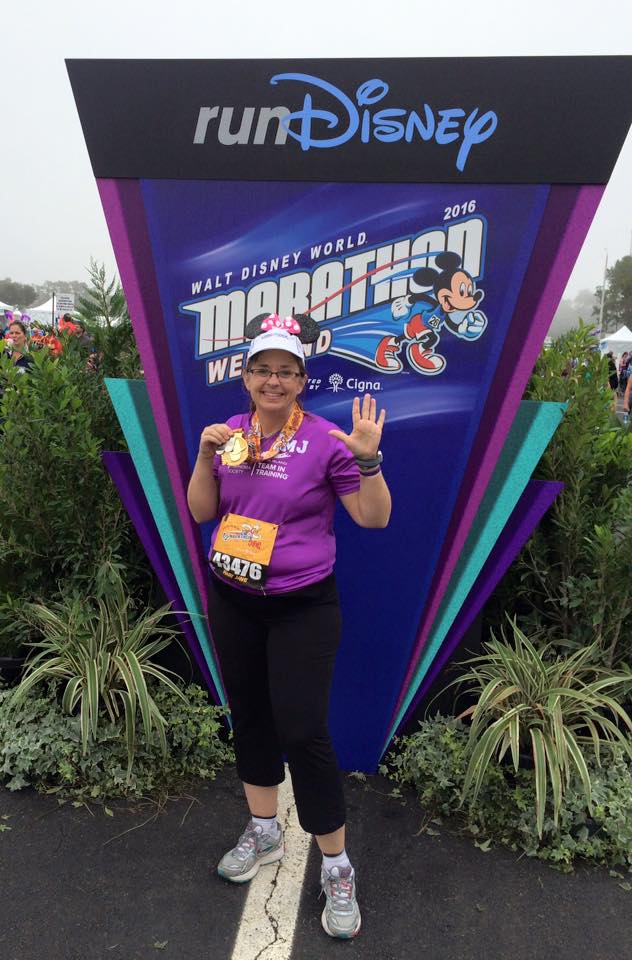 My next challenge is the New York Road Runner’s Mini 10K on June 11. I recruited 46 women to walk or run with me and we’ve raised more than $26,000 so far. The Team In Training program is supporting this event and has more than 300 women participating!

I wanted to give back because LLS has been a huge part of the increase in life expectancy for myeloma patients such as me.  They advanced the FDA approval of both the chemo I took as my initial treatment, and the maintenance medicine I am on right now.  What was an average life expectancy of three to five years has increased for many to a decade or more.  But that is not long enough.  We can’t stop until there is a cure.

As another way of giving back, I gave permission for the “leftovers” from my recent bone marrow biopsy to be used in an ongoing Molecular Pathogenesis of Multiple Myeloma study by Dr. Roger Pearse, also at Weill Cornell. I feel hopeful that his research may help someone else in the future.

The current LLS focus for myeloma is on treatment for high-risk patients.  The current protocols don’t work as well for people with certain gene malfunctions, making them high risk. I fall into this category. I have hope that, backed by LLS, more treatments will be discovered and approved and I will survive for a good long time.

It has been over three years since hearing the words “you have myeloma and there is no known cure.”  Not a day goes by that I do not think about this disease and the uncertainty of my future. It has made me appreciate each day even more than before.

Three months ago things changed.  I was feeling a little more tired than usual, and had some aches, so the doctor told me to go for a PET scan and they saw an active lesion in my pelvis.  Myeloma impacts the bones -- making them week and fragile.  With more testing, I learned the myeloma is back.  My world was rocked once again.  But I’m encouraged to know that at least now there are options.

When I go in for treatment each week, in the infusion room, we are all myeloma patients and we all know each other.  We are all encouraged and hopeful talking about the new treatment options.  Which one are you on?  How do you feel?  How are your numbers?  Is it working?  Why that drug and not this drug?  This is very different from how it was less than a decade ago.

When I was first diagnosed in 2012 there was one standard treatment protocol -- a combination of two drugs and a steroid.  That was it. Or a stem cell transplant - using high dose chemo to kill all of the myeloma cells. Fortunately, researchers are now finding more options. In 2015 alone, four new drugs were approved by the U.S. Food & Drug Administration.

I am currently on a recently FDA-approved immunotherapy drug (Elotuzumab), an immunomodulatory drug (Revlimid) and steroids (Dexamethasone).  Immunotherapy was on the cover of Time magazine recently – it’s all the rage in cancer treatment. The side effects aren't terrible (unless you are my family - the steroids make me really cranky).  And the doctor thinks it is working.  I will be on this protocol for a few more cycles, then I will need to have a stem cell transplant which will put me out of commission for a while.  Because, as of now, that is really the only way to get a longer term remission.  And I need to get into a long term remission, so my heroes, the researchers, can find a cure.

June 5 is National Cancer Survivor's Day! Thousands of people will gather around the world to honor those who are living with cancer and raise awareness of the issues of cancer survivorship.  It's a celebration for those who have survived, an inspiration for those recently diagnosed, a gathering of support for families, and an outreach to the community.