After Spencer graduated from college in 2015, a friend noticed that he had very swollen lymph nodes on his neck.

As he sought medical advice, many healthcare professionals attributed his symptoms to being a side effect of a gender-affirming procedure he had a few months earlier (Spencer is a transgender man). It took several months and numerous appointments before he was diagnosed with stage three Hodgkin lymphoma.

When facing a cancer diagnosis, patients and their families suddenly are thrown into navigating the healthcare system – from making serious medical decisions to visiting multiple healthcare professionals. For many LGBTQI+ people, the critical questions about treatment options and recovery are followed immediately by concerns about social stigma, according to the National LGBT Cancer Network.

For Spencer, he was approached with questions that assumed a relationship between his cancer history and gender identity. Questions such as “Was this caused by your transition?” or “You’re an unusual case, huh?”

“This experience has driven my commitment to raise awareness and build the knowledge necessary for providers to embrace us as patients, honor our identities and protect our livelihood,” says Spencer.

Spencer went through 12 infusions of chemotherapy over six months followed by three months of recovery and is in remission today.

Through a vast array of education and support services, LLS helps patients like Spencer navigate their cancer experience while providing opportunities to share their experiences. On LLS Community, an online social network, there is a group for members of the LGBTQI+ community to share their experiences and support each other. Further, LLS Information Specialists are social workers, nurses, and health educators who help patients navigate their treatment, along with financial and social challenges like the ones Spencer faced.

In addition to support and education, through LLS policy and advocacy efforts, patients can raise their voices to help address issues such as health disparities and unequal access to care.

Recently, in partnership with other patient and consumer groups, LLS issued a statement in response to a federal rule that removes explicit protections against discrimination of patients. The statement warned that the rule would be especially detrimental to the health and well-being of those living with pre-existing conditions, as well as women, LGBTQI+ individuals, people with disabilities, and those with limited English proficiency.

And at the local level, LLS has chapters across the country to help patients in their local communities including support groups, peer-to-peer support, as well as opportunities to volunteer, increase awareness and raise funds to drive forward LLS’s mission.

For Roberto it was the support of his family, friends, community, and staff from LLS’s New York City chapter that helped him get through stage two Hodgkin lymphoma. 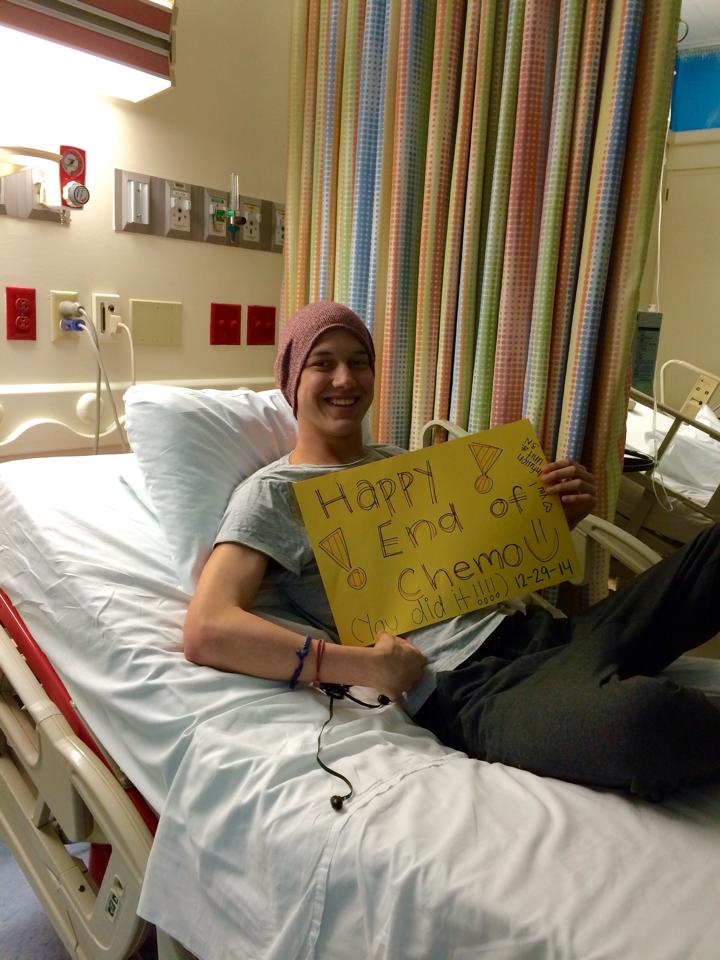 In 2014, Rob had just finished his freshmen year at New York University studying musical theatre when he was diagnosed with cancer. He went home to Miami, Florida to endure four rounds of chemotherapy in three-week cycles in a pediatric ward. He witnessed young children fighting cancer – many who had a worse prognosis than him – and was compelled to dedicate his time and talent to help save lives.

In partnership with LLS’s New York City chapter, Rob created a fundraising event in 2015 and 2016 called “Raise Your Voice: A Cabaret for a Cure,” which featured Broadway and Television stars alongside his classmates. He continues to raise awareness and pay it forward as a host at multiple Man & Woman of the Year grand finales and Light The Night events. In fact, he recently raised more than $11,000 for LLS through “Band Together: Lights Up on Broadway,” a virtual cabaret featuring a star-studded line up of actors and celebrities.

“I now know how much my life depended on the research and treatments that LLS has been funding for all these years,” said Rob. “My experience with cancer, as terrible as it was, helped me grow. I am kinder and more optimistic. And now my mission is to continue to help others.”

If you are a member of the LGBTQI+ community who has faced a cancer diagnosis, we’d like to hear from you. You can share your story here and contact your local chapter  to learn more about LLS’s support services and how you can get involved.