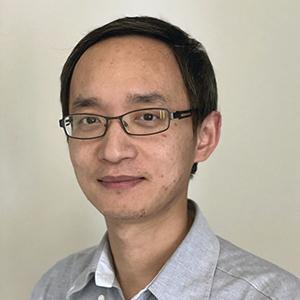 CREBBP hotspot mutations frequently occurr in follicular lymphoma (FL) but their role in the disease remains largely unknown. We will use next generation sequencing and gene editing techniques to study the epigenetic consequences in lymphoma patients and cell line models with CREBBP hotspot mutations. We will also target CREBBP by testing the efficacy of a novel Cbp/p300 inhibitor on patient-derived xenograft models. This study could provide a biological explanation for how CREBBP mutations work in FL.

Follicular lymphoma (FL) is the second most common subtype of non-Hodgkin lymphoma (NHL), accounting for 20 to 30 percent of all NHL cases. . Though the overall speed of growth speed of FL tends to be slow, some cases transform into a more aggressive form and lead to severe symptoms. Despite the development and approval of several new treatments for FL, it remains largely incurable. Hence, there is a pressing need to explore the key mechanisms and identify novel therapeutic approaches for FL. Work from several laboratories found that a kind of genetic alteration, known as a CREBBP hotspot mutation, frequently occurs in FL, which indicates that FL might require this mutation during disease processes. The primary role of CREBBP is to modify the histone proteins attached to the DNA in a reversible process called epigenetic modification. These modifications regulate the activity of the nearby genes, and in the case of CREBBP, these modifications are called acetylation. Recently, we found that lymphoma cells with CREBBP hotspot mutations represent the molecular consequences of human FL, better than complete inactivation of CREBBP. This suggests that CREBBP works in a “dominant negative” fashion, which we hypothesize is to preclude other essential epigenetic modifiers from the DNA while itself remaining non-functional. We will use cutting-edge genomic technology, termed next generation sequencing (NGS) from isolated DNA and associated proteins (chromatin) to examine in epigenetic modifications FL tumors carrying CREBBP hotspot mutations. We will also use gene editing techniques to establish FL cell models to experimentally validate our findings from primary samples. We also seek to translate this information. We hypothesize that by removing the dominant negative CREBBP from the chromatin, there will be more histone acetylation allowing the normal B cell differentiation program to resume. By then combining this with HDAC inhibitors, which function to prevent histones from being deacetylated, we hypothesize that the level of gene expression of B-cell differentiation genes will be increased. This would then lead to a reversal of the cancer properties of the cells and potentially to the death of the cancer cells. If we are successful, this study will not only provide a biological explanation for how the CREBBP hotspot mutations work in FL, but also may also help FL patients by providing them with a novel, alternative treatment approach.