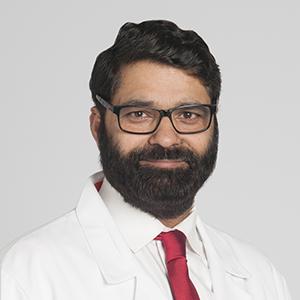 This project investigates therapeutic inhibition of dioxygenase activity in TET2MT MDS cells to produce synthetic lethality. We have generated TET inhibitors (TETi) derived from a-ketoglutarate with a higher activity than the natural inhibitor 2-hydroxyglutarate. TETi displayed selective toxicity in TET2MT cells and in vivo led to their elimination in competitive repopulation models. This project will advance the goal of establishing a new class of targeted therapeutics for TET2MT leukemias.

Myelodysplastic syndrome (MDS) is a disease of the bone marrow (area of blood cell production in the body). MDS is common in older individuals and as we live longer this disease will become more and more common. In MDS, the bone marrow does not produce enough blood cells, and mother cells for all blood cells, called stem cells. Stem cells acquire genetic damage, which can lead to development of leukemia. Genetic damage results in various defects in genetic material which consists of genes, stretches of DNA coding for proteins which make up our body. Among defects to genes, mutations representing discrete alteration in genetic code, are particularly common in MDS. One of the most frequently affected genes is called TET2 which is often damaged early on in the disease in many patients. Normally an intact TET2 gene assures proper production and maturation of well-formed blood cells. When this gene is affected by defects (mutations) in MDS, blood cell production is defective and the process of progression to leukemia is started. Malignant cells carrying these TET2 mutations need the defect in TET2 to proliferate, but a complete block of this gene leads to cell death. In our project we propose to generate a new class of anti-leukemia agents specifically active in MDS with TET2 gene mutations. These drugs are capable of inhibiting the remaining vital activity of TET2 in stem cells with TET2 mutations. Based on these findings our proposed new class of agents will be lethal to mutant cells, while normal cells with intact TET2 would require much higher dose of our drug to be affected. This property of TET2 inhibitors is called synthetic lethality. In our proposal we plan to improve the TET2 inhibitors we have already made and test them stepwise fashion in both normal and leukemic cells in test tube experiments. Once the best drug is selected we will test it in TET2 MDS models in mice using both mouse and human leukemia cells to generate a experimental situation similar to that seen in real patients. Ultimately, we hope that this proposal will advance our novel class of drugs towards development as a new drug for MDS. Having a TET2 inhibitor drug available, would further enhance a spectrum of medicines which can be used by doctors in personalized fashion.