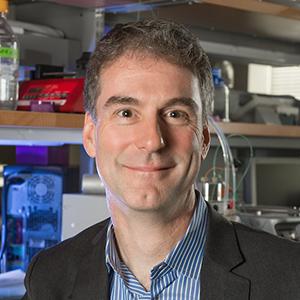 T cells engineered with TCRs specific for tumor antigens provide exciting opportunities for immunotherapy, notably for hematological malignancies due to viral infection. A risk of TCRs, however, is their high cross-reactivity, which can be exacerbated by efforts to increase potency. We propose to combine structure-guided TCR engineering with manipulation of T cell signaling to develop more specific and more effective T cells for immunotherapy, targeting HTLV-1-associated T cell lymphoma.

Immunotherapy is leading to dramatic changes in how cancer is treated. A particularly exciting approach to immunotherapy is to genetically engineer immune cells to target molecules produced preferentially, or in some cases solely, by the tumor cell. For example, T cells of the immune system producing chimeric antigen receptors (CARs) that recognize targets associated with certain blood cancers have been recently approved by the FDA.

A related approach to immunotherapy under development is to engineer T cells to produce T cell receptors (TCRs) that target molecules produced by tumor cells. Whereas CAR-engineered T cells combine the recognition potential of an antibody with the T cell signaling machinery, TCR-engineered T cells rely on the biological recognition mechanisms used natively by T cells. One advantage TCRs have over CARs is that they can thus target a broader array of molecules produced by cancerous cells. Moreover, for cancers such as adult T cell lymphoma and Hodgkin’s lymphoma that are caused by and associated with ongoing viral infection, TCRs can target molecules that are uniquely produced by the cancer cells.

A limitation of TCRs, however, is that in their normal biological role, they possess a high degree of cross-reactivity. This can (and in some clinical trials has) led to significant “off-target” toxicity, in which the engineered T cells attack healthy tissue. We are pursuing a novel protein engineering approach that can reduce TCR off-target toxicity; however, it can also lead to reduced T cell potency. In other work though, we have shown that T cell potency can be manipulated separately by enhancing intracellular T cell signaling.

In this collaborative proposal, we propose to combine these two approaches to generate safer and more effective T cells for treating virus-associated blood cancers. As we will be able to build on a significant amount of previous work, we will focus initially on adult T cell leukemia, caused by Human T-lymphotropic virus 1 (HTLV-1). We will combine structural biology and protein engineering with molecular and cellular immunology and test efficacy in a mouse model of HTLV-1 associated leukemia. Although we will initially study HTLV-1 and adult T cell leukemia, our approach will be generalizable to other virus-associated cancers, such as lymphomas and leukemias associated with Eptsein-Barr virus and Hepatitis B virus. Thus, our work could set the stage for generation of new immunotherapies for a wide range of viral- and non-viral associated cancers of the blood and other tissues.