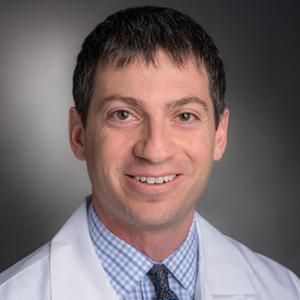 We seek to optimize combination therapy for chronic lymphocytic leukemia with ibrutinib. We will address this question through 2 clinical trials combining ibrutinib with chemoimmunotherapy or an antibody. We will also examine the biology of CLL cells at a genetic and functional level to predict who will have the best response to therapy and to identify resistance mechanisms. Our goal is to develop curative combinations for CLL and to understand resistance in the patients who are not cured.

Despite advances in the treatment of chronic lymphocytic leukemia (CLL), the disease remains incurable for most patients. Only about 20% of previously untreated patients will achieve the deepest possible remission with the conventional chemoimmunotherapy regimen Fludarbine, Cyclophosphamide, Rituximab (FCR). Remission rates are even lower in patients whose CLL has come back after completing initial therapy when they are treated with a second therapy such as the immunotherapy drug obinutuzumab. Ibrutinib was recently approved to treat CLL. Although ibrutinib can be effective on its own, it rarely leads to deep remissions, thereby requiring indefinite therapy. We hypothesized that combining ibrutinib with either FCR (for previously untreated patients) or obinutuzumab (for patients whose CLL has come back) would be an effective treatment strategy. We are evaluating this in two clinical trials. In the first trial, previously untreated CLL patients will be treated for up to 6 months with ibrutinib plus FCR followed by 2 years of ibrutinib alone, at which point patients who are in a deep remission stop ibrutinib and are observed. In the second trial, patients with relapsed CLL will receive 6 months of a combination of ibrutinib with obinuzutumab followed by ongoing treatment with ibrutinib alone. Complementing the clinical trials will be laboratory studies to evaluate the effectiveness of the treatments. Though tumor cells are often thought of as sturdy, many have molecular attributes that makes them quite vulnerable to drug-induced cell death. Thus, we will use a functional test to determine how close a patient’s tumor cells are to dying. We believe that patients whose CLL cells are prone to die more easily will do better on these trials, whereas patients whose CLL cells are resistant to dying are less likely to do well. We are also using a new technology to sequence tumor DNA even in samples with very few cells. We will explore whether analyzing such samples from patients in remission may detect early mutations that would allow us to switch to a more effective therapy before a patient even has symptoms of a relapse. Through these two clinical trials and the associated laboratory studies, we hope to optimize the combination of ibrutinib with chemotherapy and immunotherapy, with a goal of curing patients with drugs given for a finite period of time. Our findings may help oncologists to test patients prior to starting treatment to understand which treatment will likely be the most effective for that particular patient, which will bring us closer to our goal of personalizing treatment to maximize the chance of cure for patients with CLL.