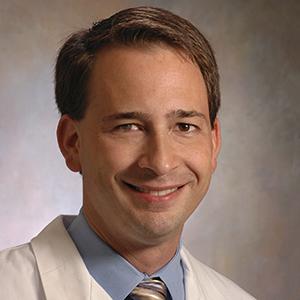 The University of Chicago

Copy gains of the chromosomal region (9p24.1) containing the PD-1 ligands, PD-L1 and PD-L2, are a recurring genomic alteration in DLBCL, and we have found that the presence of PD-L1 gene alterations are a genetic biomarker of DLBCLs that harbor a T cell-inflamed phenotype.

Diffuse large B cell lymphoma (DLBCL), the most common form of non-Hodgkin lymphoma, is often cured with modern chemotherapy. However, approximately 40% of patients will experience a recurrence of their lymphoma, for which effective treatments are limited, and which is often fatal. Treatments for recurrent DLBCL, including stem cell transplantation and CAR T cell therapy, are aggressive and cause significant side effects that impact quality of life. Immunotherapy with antibodies that block programmed death-1 (PD-1) / programmed death - ligand 1 (PD-L1) interactions has revolutionized the treatment of a growing number of human cancers, including certain lymphoma subtypes, and is generally well-tolerated by patients. Unfortunately, the effectiveness of PD-1 blockade therapy has been modest in relapsed DLBCL patients, indicating a need to define biological markers that identify those who are likely to benefit from this therapy. In search of such a marker, we have found that DLBCLs that harbor an increased copy number of the PD-L1 gene also showed very high PD-L1 protein levels on lymphoma cells. Furthermore, DLBCLs with copy gains of the PD-L1 gene exhibited additional evidence of recognition by the host’s immune system, including robust infiltration by T cells. Our results indicate that gains of the PD-L1 gene identify DLBCLs in which an immune response has occurred. In this application, we will test the hypothesis that these lymphomas will be highly sensitive to PD-1 blockade immunotherapy in the context of a prospective clinical trial. If our hypothesis is correct, we will have identified a major subset of DLBCL patients who stand to benefit from this therapy, which could change clinical practice. Moreover, we will define the impact of recurring oncogenic alterations (i.e. mutations) in lymphoma cells on their ability to either stimulate or inhibit the generation of an anti-lymphoma immune response by analyzing data from a 1000 sample genomic DLBCL data set, and through experiments in mouse lymphoma models that accurately recapitulate human DLBCL. The identification of key oncogenic pathways that regulate host immune responses to DLBCL will significantly advance our understanding of the factors that shape the immune landscape in DLBCL. In particular, characterization of recurrent genetic alterations in DLBCL that inhibit the generation of anti-lymphoma immune responses is critical, and will guide the development of next-generation studies testing PD-1 blockade with relevant targeted therapies in patients with this disease, where effective treatments are currently limited.