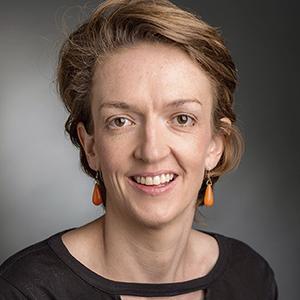 Our research is focused on developing less toxic, more efficacious treatments for a type of blood cancer called, myeloproliferative neoplasms (MPN). We are using CRISPR genome editing and single-cell RNA sequencing to uncover new biological insights into MPN that can be exploited for therapeutic gain. The goal of our research is to advance the understanding and treatment of MPN and in doing so to lessen the burden these diseases place on patients with MPN and on their loved ones.

The objective of my proposal is to develop better treatments for patients with a group of blood cancers called myeloproliferative neoplasms (MPN). There are currently no curative treatment options for MPN apart from stem cell transplantation, which is a high-risk and sometimes life-threatening procedure. None of the currently available drug treatments for MPN can cure the disease. They can only improve the symptoms. In 2011, the Food and Drug Administration approved a new type of drug treatment for MPN, called JAK2 inhibitors. With the approval of JAK2 inhibitors, MPN patients and their doctors had high hopes that these drugs would have the ability to change the course of MPN, rather than just control symptoms. Unfortunately, JAK2 inhibitors have disappointed in this regard, and although useful at controlling MPN-related symptoms, they cannot eradicate the disease or prevent it from turning into leukemia. In view of this, we are asking the following questions: (1) Why are JAK2 inhibitors not as effective in the treatment of MPN as was initially hoped? (2) What are the mechanisms by which MPN patients are resistant to JAK2 inhibitors? (3) What novel drug targets, if also inhibited, could make JAK2 inhibitors more effective? We propose to identify (i) the genes that confer resistance to JAK2 inhibitors and (ii) the genes that when inhibited increase the efficacy of JAK2 inhibitors. We plan to do this using a new technology called CRISPR gene editing. With this powerful technique we can target every gene in the human genome in a completely unbiased fashion to identify the genes that underlie JAK2 inhibitor treatment failure. The goal of this work is to identify the “Achilles heel” in MPN cells treated with JAK2 inhibitors and to target this to eradicate MPN. The benefits are the development of potentially curative treatments for MPN. This study will significantly advance the field of blood cancer research through the development of personalized anti-cancer treatment approaches (i.e. precision medicine) and improve the treatment options for MPN patients.