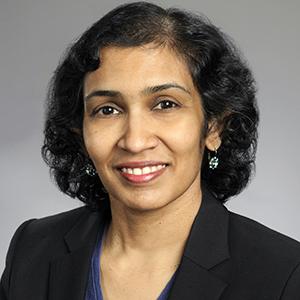 The BCL-2 antagonist venetoclax is highly cytotoxic in a subset of t(11;14) multiple myeloma (MM). In investigating the metabolic basis for the sensitivity of t(11;14) MM to venetoclax, we determined that sensitive cells exhibit significantly reduced succinate ubiquinone reductase (SQR) activity. In addition, inhibition of SQR sensitizes resistant MM to venetoclax. Our proposal seeks to investigate SQR as a diagnostic and therapeutic target to broaden the application of this potent BH3 mimetic.

Multiple myeloma (MM) is a plasma cell malignancy accounting for 11,000 deaths annually in the US, with the majority succumbing to disease due to the development of resistance. Therapeutics that kill cancer commonly engage the “programmed cell death” or apoptosis pathway in the cancer cell to induce cell death. Cancer cells frequently develop resistance to a drug, often by dysregulation of a family of apoptosis regulators called the BCL-2 family, which enables the cell to evade apoptosis. Finding alternative strategies to effectively re-engage BCL-2 proteins can potentially circumvent resistance. Venetoclax (ABT-199) is a potent BCL-2 inhibitor that is FDA-approved for the treatment of CLL based on its remarkable single agent efficacy in this cancer type. ABT-199 has also shown strong single agent efficacy in a subset of patients with MM exhibiting a genetic change called the (11;14) translocation. Thus, ABT-199 in general is active in a small subset of MM (that we designate “sensitive”) in contrast to the majority of MM (that we designate “resistant”). We have previously found that blocking specific pathways inside a cell involved in energy metabolism can sensitize resistant MM cells to ABT-199. We were therefore curious to explore if there is a metabolic basis for the sensitivity of 11;14 MM to ABT-199 in order to a) identify predictors of ABT-199 response and b) identify metabolic targets that could be inhibited to sensitize resistant MM to ABT-199. Our studies of sensitive and resistant MM cell lines and patient samples revealed that sensitive cells uniquely have reduced activity of an enzyme called succinate-ubiquinone reductase (SQR). We found that inhibition of this enzyme sensitizes resistant MM to ABT-199, affording a potent strategy to cause cell death. Importantly, sensitive MM exhibits reduced SQR activity, which may serve as a predictive marker of ABT-199 sensitivity. We have extended this examination to other hematological malignancies including CLL and AML. Our initial observations in CLL patient samples also suggest that reduced SQR activity correlates with sensitivity to ABT-199. Our objective is to investigate the mechanistic basis and predictive and therapeutic utility of targeting SQR for ABT-199 sensitization. We will examine the utility of measuring SQR activity to predict ABT-199 response in MM, AML, and CLL. Patients being treated with ABT-199 at Emory will be evaluated for SQR activity prior to administration of ABT-199. This includes AML patients on a clinical trial of azacitidine +/- venetoclax (NCT02993523), patients with 17p deletion CLL on single agent ABT-199 therapy, and patients with relapsed/refractory MM receiving off-label ABT-199. We will study whether SQR activity correlates with ABT-199 sensitivity in patient samples and with clinical response to ABT-199 therapy. These studies will enable the development of precision medicine approaches for the broader application of ABT-199 in hematological malignancies.